Business Breakfast at the Riverside Theatre with Maria Costello 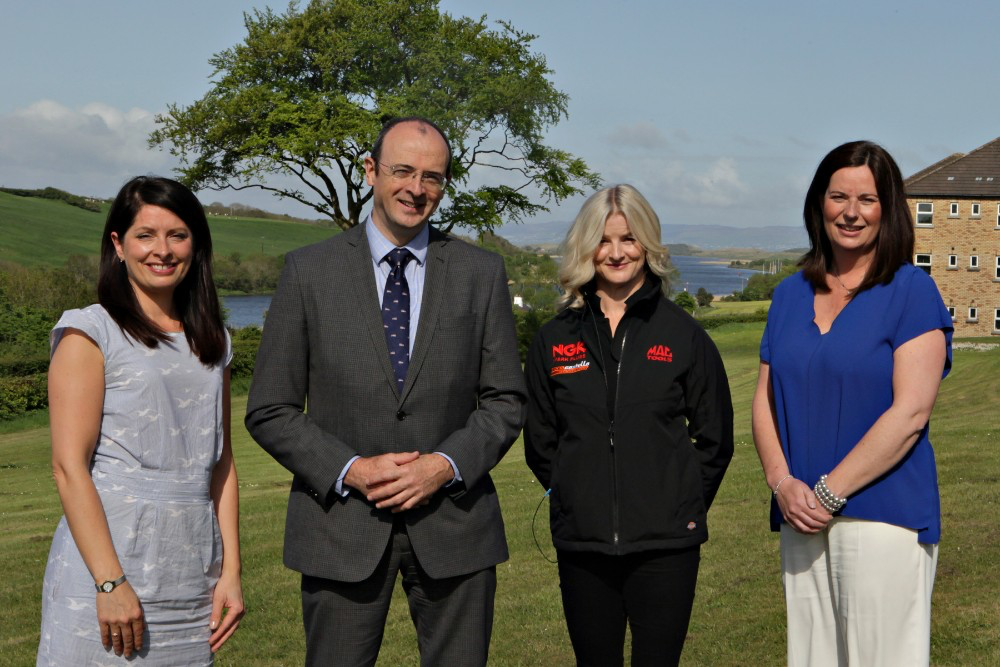 What a delightful sunny morning it was at the Business Breakfast with Maria Costello, held on Wednesday morning past, at the Riverside Theatre in Coleraine. Crusoe’s at the Riverside provided more than 100 attendees with a beautiful tasty breakfast alongside a networking venue with a glorious view over the surrounding countryside, the room had a relaxed atmosphere to chat in before the event kicked off in the theatre itself.

Maria talked us through her inspiring and eventful career to date, regaling us with tales of her ups and downs over the years, this determined lady was not going to let broken bones get in her way, 24 over the years to be exact! Maria started her talk off by showing us her first moped which she bought to transport her to and from her first job, this was just the beginning of something wonderful for Maria as she fell in love with bikes and has since become one of the most accoladed women bike racers in the UK, with a career spanning more than 20 years. In fact, Maria is the only woman motorbike racer to get an MBE.

Maria achievements in bike racing are numerous, just a few are, first woman ever to claim a podium finish in a race around the notorious Isle of Man TT course, securing the female lap record at the Vauxhall International Northwest 200 in 2016, she has also set a Guinness World Record, been voted Sports Personality of the Year in her native county, become an animated character in a PlayStation game, a rider double for Reese Witherspoon in a Hollywood movie and a published author.

Attendees were impressed and inspired to learn of Maria’s resilience, getting back up after failures and broken bones to achieve many firsts in her career, becoming fighting fit when others advised her to give up, she didn’t, instead she went on to achieve even more in the sport that she loves.

After the business breakfast, we all agreed that we had witnessed the story of a unique and special person. Maria Costello has managed to challenge gender stereotypes in the male dominated world of motorcycling and it was wonderful to be reminded that it can be possible to pursue the things we love in life, like Maria has.

The Business Breakfast with Maria Costello, was organised by Ulster University in association with The International North West 200 as part of the 50th anniversary celebrations of the University, in partnership with Causeway Enterprise and Women In Business NI.

View the full gallery from the event HERE