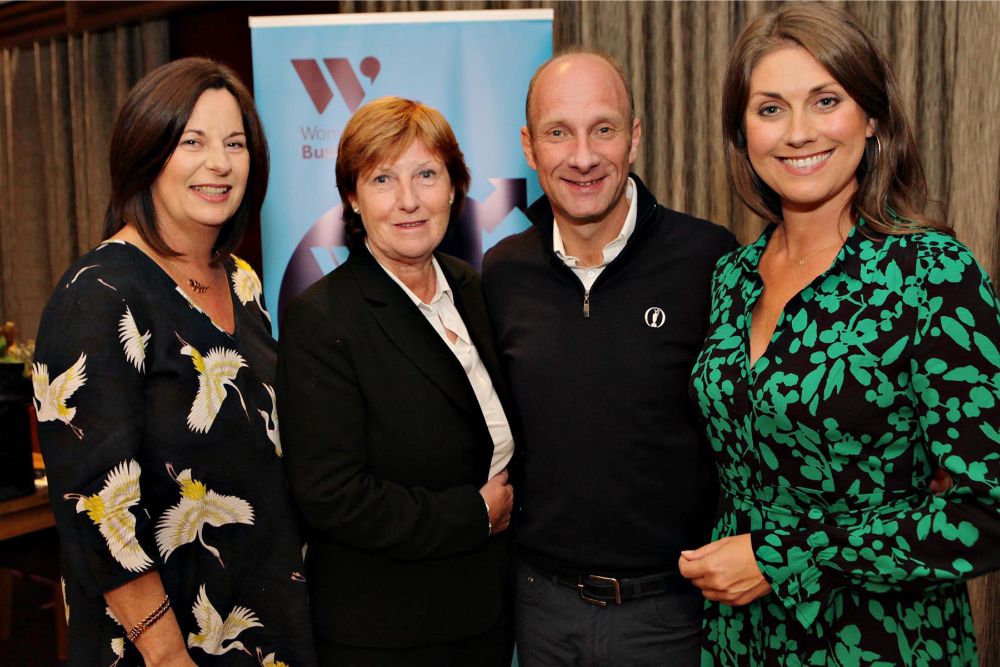 Royal Portrush Golf Club was buzzing last night, but not with the usual golfing crowd. Instead, the Club House played host to the first female entrepreneurship event of the season for the North Coast, organised by Enterprise Causeway & Women In Business NI. It seemed fitting to grab the opportunity to hear from Wilma Erskine, the “real boss” behind the club before she finishes up her long serving 35 year career as Secretary Manager at Royal Portrush …wow!

With the help of the wonderful Sarah Travers, who in her usual relaxed, and engaging manner, the tale of Wilma’s esteemed career was unfolded as she shared with the audience the highs, lows and challenges of her time here at Portrush. Wilma talked about arriving at Royal Portrush at the age of 26, at a time when the club was in a bit of a doldrum. She commented “Typically golf clubs in the early 80s were rather stuffy elite institutions, with the position of Club Secretary belonging to gruff military general types” She went on to say “Visitors were rare to the club and you certainly saw very few Americans. Income from the Club was in the circa of £36,000 in green fees per annum and membership was in decline!” 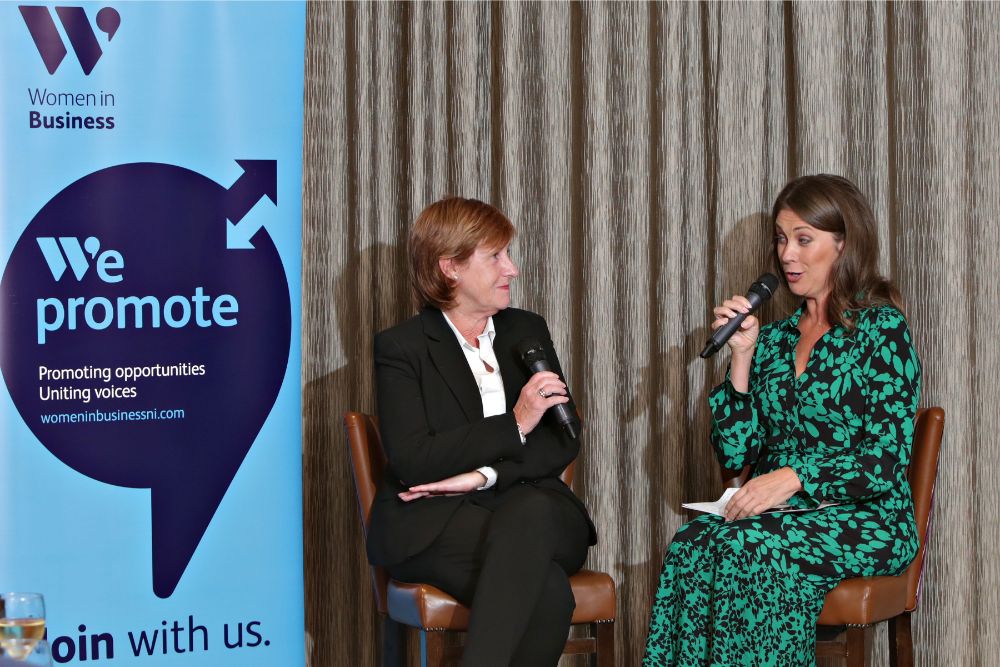 The turning point for the Club was when a few visionary members of the committee had the foresight to break from tradition and employ a 26 year old farmer’s daughter from Ballymoney. Why? Because they recognised they had to do something drastic to turn things around! The first thing they recognised was the fact they had found someone who could actually understand and read accounts but they also saw in Wilma an ambition and drive to turn Royal Portrush into a business.

Well, she certainly achieved that goal. Last year the club took £2.2 million in green fees with a £5 million turnover and when Americans call for tee-times, they don’t ask which day they can play, but which year! And to finish her career with bringing back one of the biggest sporting events in the world to Portrush – The 148th British Open…wow..what a high to go out on! 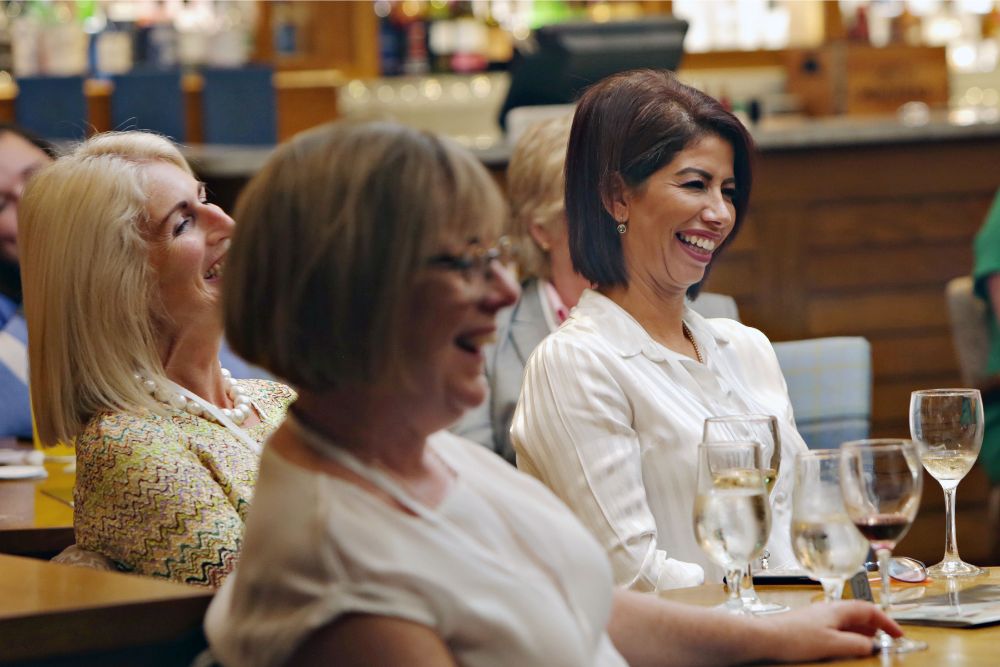 The audience listened intently and took away valuable lessons as Wilma shared her tactics and strategies in turning Royal Portrush into a world leading golf Business. Of course, always modest she went to great lengths to stress the point that it wasn’t all down to her but it was a great team effort. Networking, networking, networking was key, travelling worldwide and engaging with political leaders, celebrities, royalty and media personalities, all with the view of promoting the proposition of Royal Portrush. When asked about working as a female in a male dominated world, Wilma was quite dismissive of the sexism she faced. She did talk about the early days when the title Secretary may have been viewed as someone who did the typing and made the tea but with her mix of humour, charm and natural leadership skills she soon made it clear who was boss! Her mantra was “the job of secretary is not a title, it’s a position” 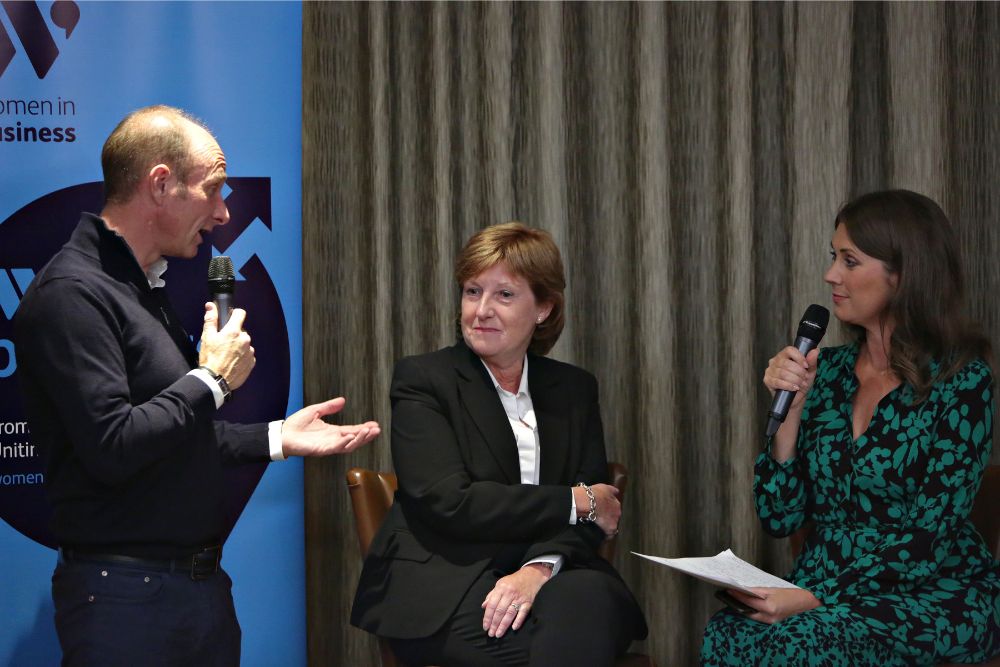 As we were drawing the event to a close, we were delighted to have BBC Sports Presenter Steven Watson drop in with us and he joined in the conversation, obviously very passionate and enthusiastic about the overall experience of leading the media coverage on The Open this summer on behalf of the BBC. To wrap up the evening, Sarah’s closing question was posed to Stephen as he was asked to share on what he felt was going to be Wilma’s legacy as she prepares to stand down for her well-earned retirement. “Wilma’s legacy, he shared will always be around her vision and drive to bring the Open back to Portrush. It simply wouldn’t have happened without her but more importantly, in delivering what was reported the most successful Open ever, Wilma managed to put both Portrush and Northern Ireland on the global map and as a region, we look forward to reaping the rewards in the years to come”